Introduction: I’ve been writing poetry since my involvement in the early Asian American movement of the late 60s.  Japanese-American and Asian-American themes have been important in much of my writing through the decades.  While I also take on many other topics – among some of my favorites, are stones, women, culture – my anger about racism and white supremacy continues to fuel poems.  During the pandemic, that anger has become rage as we’ve witnessed more racist killings of blacks and the global Black Lives Matters protests, and as we Asian Americans are experiencing anti-Asian hate at an unprecedented level.  As a writer, I’ve been propelled to write protest pieces and rants about what’s going on.  “Pandemic Postscript: Or Are We Becoming Too Visible” was written back in April, 2020, when anti-Asian acts were just beginning to be publicized.  “THIS IS,” a rant against white supremacy and white domestic terrorism, was written a week after the January 6 insurrection.  Back in 1968, the Third World Liberation Front was a leading force in students getting ethnic studies and more relevant education at San Francisco State.  That Third World unity – coalitions between people of color and progressive whites – is as necessary as ever; in “Viral Briefs for the Farce of July,” I try to convey some of our common history as people of color.

Amy Uyematsu provided one additional poem for this post.  We wish to thank Roger Shimomura for allowing us to use his illustration, “Eighty-Three Dirty Japs.” 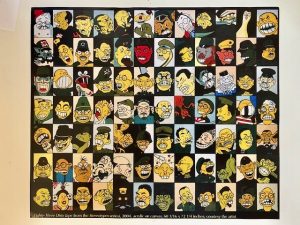 just like you, Roger, always the foreigner the ugly jap strange how ugly can still mean invisible

Author’s Bio:  amy uyematsu is a sansei teacher and poet from los angeles.  she was in the first staff of the ucla asian american studies center, which began in 1969; she also taught public high school math for three decades. 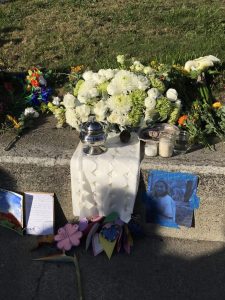