Memoirs of a Superfan was supported for 14 years by the Center for Asian American Media. East Wind ezine is proud to continue this series as it branches out from its primary focus on CAAMFest to broader cultural issues and resonances.

Audre Lorde writes in her magnificent essay, The Transformation of Silence into Language and Action, “to survive in the mouth of this dragon we call America, we have had to learn this first and most vital lesson – that we were never meant to survive.” She writes from her experience as a Black Lesbian writer, feminist and activist, but her words ring me, an Asian American man, like a bell, across forty years and across a world of different experiences. To outward appearances, I have survived and thrived in America, as a psychiatrist, writer and poet, but my survival has been tenuous, dependent on contingencies of fate and friends, and against the will of a country that mostly values me for my utility as a cog in its economic machine. In the last five years especially, my heart, soul, spirit, dreams and very identity have faced an annihilatory disapproval. I am not welcomed as an Asian American, an immigrant, an only child of a single mother who was also an immigrant, or even as a grown man of compassion, integrity and creativity. Lorde asks “what are the tyrannies you swallow day by day and attempt to make your own, until you will sicken and die of them, still in silence?” I cannot stomach or swallow tyranny for a single day longer.

George Floyd was murdered by police on May 25th of this year. May 25th was also my 53rd birthday. His death broke me and broke me open in a way that no other death has in my lifetime. Director Ava DuVernay has spoken of this too, the way the video shot by 17-year-old Darnella Frazier had even more impact than the other tragic filmed killings of Black men. Shot close up, the faces and eyes of Derek Chauvin and George Floyd clearly visible; the casual and routine way Chauvin kneeled on Floyd’s neck, his hand in his pocket, caring nothing for the entreaties of pedestrians or even the filming itself; and most poignantly for me, the way George Floyd laid down on the street with almost no resistance, perhaps attempting to cooperate with the officers and avoid what happened next. Their weight pressed down on his back, Chauvin’s knee strangling him, Floyd crying out for his mother in final agony. 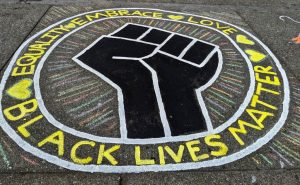 I facilitated or participated in four virtual town halls and healing circles for psychiatrists and Asian Americans in the three weeks after Floyd was murdered. I had innumerable conversations with friends. All of my patients spoke about Floyd’s death, session after session, about racism, their anger with the president and political parties, or sometimes, their frustration about the ongoing protests. This was all on the now-receded backdrop of months of dealing with COVID-19, fears for the lives of loved ones, and a general stilling of business-as-usual to face a crisis that affected human beings around the world, like the impact of an asteroid that darkened the skies and yes, made it hard to breathe. The survival threat of COVID-19 was now eclipsed for the first time in three months by an even greater survival threat: a threat to identity, belonging, safety and wellness based on compassion and justice.

For many, particularly Asian Americans, these identity threats caused great distress along barely covered fractures to belonging. Asian Americans had already been severely targeted and blamed for the virus. The president blamed China repeatedly, thus putting Asian Americans at risk. And indeed, Asian Americans experienced and continue to experience thousands of incidents of verbal and physical abuse and even violence. Our identities and very safety are under siege. Many I know feel a heightened level of danger even walking to the corner store, afraid of being harassed for wearing a mask or not wearing a mask, being spit on and cursed, or like an Asian American San Francisco MUNI bus driver recently, beaten with a baseball bat for asking passengers to wear their masks.

Moral distress, or the gap between what we know is right and what is currently happening, is also an identity threat to any empathic person who cares for others who are suffering. Our very survival and wellness as moral beings is imperiled when society is blatantly unjust. I and many others have wondered in the last five years, “can this nation even survive with such immorality, selfishness and antagonism not just exposed in the body politic, but at the helm?”

Death anxiety affects us all in the time of COVID. And worse than death is being scapegoated, blamed, told we are bad for who we are or for what we do or don’t do, and thus being made the bad object of the culture. America is a culture of power, and every power structure needs a bad object, to make it feel strong, superior, and in control. In a culture of power, compassion itself becomes a bad object. 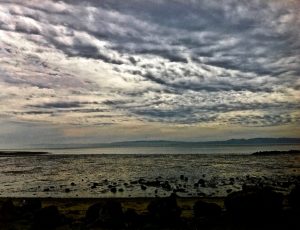 Asian Americans have known this, explicitly or implicitly, throughout our history. 70% of us are immigrants or children of immigrants, and the first task of immigration is finding safety and security. For those of us who are capable and fortunate enough, that meant finding a peaceful coexistence with White America, if not outright complicity to the quintessential tasks of America – making money, assimilating through marriage or personal association, living out multiracial and cross-cultural identities, and making our way into some form of institutional, corporate or media power. Our successes on the latter fronts have been notable of late, but there’s always been a sense of striving against a limited cultural imagination and outright racism, stereotyping and “bamboo ceilings.” We continue to be wary of the easy way America makes bad objects of any who stick out, complain, or make waves. The culture has room for the model minority stereotype, but elides and silences our full identities and complexity of being.

Asian Americans also have heightened belonging needs, coming from cultures that value interdependence and foster family- and community-centered egos, and also because of the withholding of belonging in this culture driven by, race, class, caste and the delusion of individualism. As a group, we are more prone to being concerned about what others think of us than what we think of ourselves. This, and cultures that value “face” over speaking one’s mind or standing out as an individual, have fostered an atmosphere of silence, caution and avoidance of difficult subjects and conflict. Some of us have broken out, to varying success. The Trump years and the time of COVID-19 and Black Lives Matter have seen a surge of Asian American activism in many forms. And yet… many of us keep returning to silence, caution, avoidance and discomfort, perhaps in hopes that someone else will solve all this, or the belief that our voices don’t really matter. Or worse yet, some of us still believe that race and culture do not form an important enough part of our identity, or are too confusing and conflicting, to break silence about.

Asian Americans self-report higher psychological distress than Whites, but this higher distress doesn’t qualify for recognized DSM diagnoses. Our distress, I believe, is composed of complex relational conflicts and moral distress, with family, community, and nation. We suffer from identities split between silence, complicity and “safety,” and the true fullness and risk of self-expression. We are silenced and all too often emotionally isolated with a traumatized inner life, alienated from a society that at best shrugs off our presence and worth as human beings. 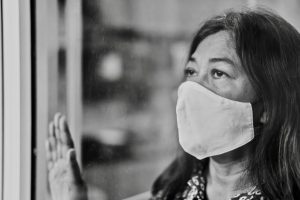 We don’t fit; we have never been able to feel we belong; we have been silenced. To quote Lorde again, “the fact that we are here and that I speak these words is an attempt to break that silence and bridge some of those differences between us, for it is not difference which immobilizes us, but silence. And there are so many silences to be broken.”

Asian Americans cannot afford to be silent, or to avoid the difficult moral, spiritual and relational tasks before us. We must end our silence, bare our tongues, and become the community we are meant to be. 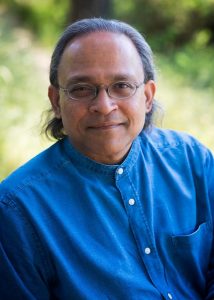 Ravi Chandra is a psychiatrist and writer in San Francisco. For fourteen years, he was lucky to have his MOSF posts published by the Center for Asian American Media, and now looks forward to broadening and building a diverse creative community and coalition through jamming on film, literature, nonfiction, music and all the arts for East Wind ezine. He writes from the metaphorical intersection of The Fillmore and Japantown in San Francisco, where Black and Asian communities have mingled since the end of the incarceration of Japanese Americans during World War II. He literally works there, between two Indian restaurants, go figure. You can find him on Psychology Today, Twitter, Facebook, YouTube, SoundCloud, or better yet, in the IRL.