Editor’s Note: Georgia plays a key role for progressives in the Nov. 3 election. It is the only state in the nation with two U.S. Senate seats open and Democrats are currently within striking distance of their Republican opponents. Asian Americans and Pacific Islanders are a small but highly organized political force which played an active role in the Stacey Abrams for Governor campaign of 2018. Turnout among Asian Americans and Latinx voters tripled from the previous election. Although Abrams lost to Secretary of State Brian Kemp by two percentage points, the contest was tainted by a purge of 85,000 voters just three months prior to the election. The murders of Ahmaud Arbery and Rayshard Brooks have also spurred calls for justice and for the election of progressive officials.

East Wind: Tell us about the Asian American Advocacy Fund? When did it start and what does it do?

Aisha: The Asian American Advocacy Fund got started in 2018 in response to the need for more political engagement in the Asian American and Pacific Islander communities in Georgia. We got started with our first campaign, Asians for Abrams, and had the exciting opportunity to engage with voters about supporting Stacey Abrams for Governor. Since then, we have continued our work by educating our community about important legislative/policy issues, training people on how to run for office, and endorsing candidates for municipal, state, and federal offices.

This year in 2020, we have been hard at work talking to Asian American voters about issues that are important to them and encouraging them to get out and vote this November. 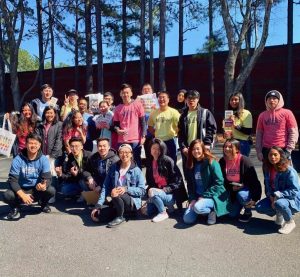 East Wind: I’m impressed by the youth of the staff, the majority of whom are women.  Tell us more about the staff and what they do.

Aisha: Our staff is a very energetic group of Asian Americans! They come from all over the State of Georgia and represent their own ethnic backgrounds. A few of our program staff are responsible for our field/outreach programs which started back in January with door-knocking. As you know, because of COVID, we could not be on the doors anymore, so we have been making phone calls since late March.

In addition to our field program staff, we also have staff responsible for volunteer recruitment and engagement, digital and communications organizing, and most importantly – specific ethnic community organizing. We were very excited this summer to bring on community organizers with various language skills who have helped us with relational organizing and connecting us to ethnic media. Today, we have community organizers for the Korean, Vietnamese, South Asian, and Chinese communities.

East Wind:  What’s at stake this November in Georgia?  How can Asian Americans make a difference at the polls?

Aisha: There is SO much at stake this November! In Georgia we have the opportunity to elect two progressive U.S. Senators; our organization has endorsed both Jon Osoff and Rev. Raphael Warnock.

Besides the top of the ticket, we are heavily focused on educating people about key down ballot races. In Gwinnett County, for example, we have endorsed an awesome slate of candidates for Gwinnett County Commission and School Board. Although we haven’t endorsed candidates for Sheriff or District Attorney, we are putting out educational materials about those two races to make sure that voters make the right choice. Lastly, in Gwinnett – we have the exciting opportunity to expand mass transit! We are engaging our voters to Vote Yes on the Gwinnett Transit Referendum which will help to expand bus, bus rapid transit, and heavy rail to a country that is rapidly growing.

East Wind:  AAAF has also endorsed candidates for state and local office.  Is that going to help build a base for further APA representation and participation in public life?  Tell us about some of the key races where APAs are seeking office. 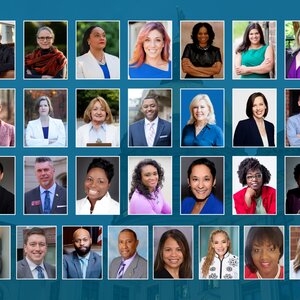 Check out the full slate of endorsements: https://www.asianamericanadvocacyfund.org/endorsements

East Wind: How can people from outside of GA help your efforts?

Aisha: They can help us call voters through virtual phone banks and text banking! They can sign up here. Or, they can help donate to support our efforts.

East Wind: The mail-in/absentee voter campaign seems to a major focus. What are your goals for this campaign in terms of numbers/percentage of voters whom you wish would vote by mail given the restrictions in the number of polling sites due to the pandemic?

Aisha: We are encouraging as many people to Vote By Mail. The final deadline to request a ballot is Oct. 30, but we are urging voters to do it by Oct. 12. The less people we have waiting to vote on Election Day, the better. After the first week of October we will pivot to pushing in-person Early Voting with proper precautions (social distancing, masks, hand sanitizing, etc.). Early voting runs Oct. 12 – Oct. 30, including some weekend voting.

All of the voting info can be found here on our website: https://www.asianamericanadvocacyfund.org/general-elections. We also have language resources pages live for Korean, Vietnamese, Urdu, and Bangla. Chinese and Hindi are coming soon! 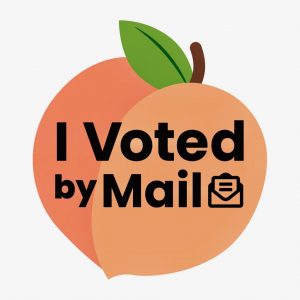 East Wind: Georgia also has early voting in person.  Tell us how that works.  I’ve noticed that the Trump campaign has organized people to stand outside of the polling places for the early voting in Virginia. Although it is their right to do so, their intention is to harass and intimidate voters. Are you concerned that similar efforts might occur in Georgia?

Aisha: We already saw this happen in the 2016 Election, so it would not be a surprise if it happened again. We’re prepared with our Election Protection team to make sure that our voters have the opportunity to cast a ballot. 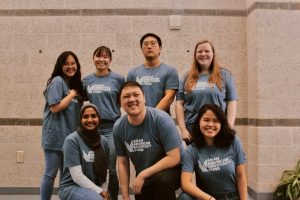 East Wind: Do you see an increased amount of participation of Asian Americans in politics because of the intensity of issues facing our nation, e.g. the pandemic, environmental crisis, economic concerns?

Aisha: Yes! The voters we are talking to are concerned about the pandemic and the related economic issues. We are helping to take their concern and move them into action this Fall.

East Wind: What does AAAF plan to do after the Nov. 3 elections?

Aisha: Our work just doesn’t stop on Nov 3! For one, we have two run-off elections — one on Dec 1st for state/local races (including a handful of municipal races we’re looking at), and January 5th for the U.S. Senate Special Election runoff.

Aside from those elections, we’re going to be moving into our legislative and advocacy focus and make sure that our newly elected representatives are aware of the issues we need them to legislate on. We will push them on the hard issues and hold them to their promises!