On November 20, 2020, East Wind ezine was a co-sponsor for “Asian American Solidarity from Civil Rights Movement to Black Lives Matter,” a webinar by the UCLA Asian American Studies Center. Ed Nakatawase and Marion Kwan, who went to the South in the 1960s to join the Student Non-Violent Coordinating Committee and the Delta Ministry respectively, were featured on the panel. Kabzuag Vaj, Founder and Co-Executive Director of Freedom Inc in Madison,WS, was also on the panel and shared her experiences as an activist in the gender justice and social justice movements of today. Professor Kelly Fong served as the moderator. 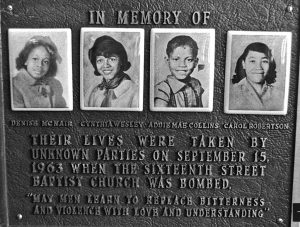 This 90 minute webinar has been posted online and provides many valuable insights on burning questions among activists, e.g. what does allyship mean, how do we build unity among black, brown and Asian communities, and how do we sustain movement building.

Both Ed and Marion reflected on what triggered their decision to make the dangerous journey to the South. “I had read about Emmett Till and the Birmingham bus boycott and that acquired a moral momentum,” said Ed Nakatawase. “It appealed to my idealism and proclivity to support the underdog and I wanted to be part of this and dropped out of college and took a 24 hour bus ride to Atlanta.” Marion spoke about how her San Francisco Chinatown community and the Black communities in the South shared a common poverty.  Kabzuag was born in Laos at the end of the war and resettled with other Hmong families in some of the poorest communities in the U.S., places where African Americans had settled. “We lived next to each other but never built community with each other,” said Kabzuag. “As a young, Hmong woman, I knew if I wanted to see a world where I could thrive, I would have to create that world.”

Some of the points from the webinar that will stay with me include Ed’s comments about the need for deep listening, i.e. respecting the differences that arise from particular historical experiences such as the need for sovereignty and land rights for Native Americans. Kabzuag’s comments that beyond allyship and solidarity, Asian Americans need to embrace Black Lives Matter as a struggle for their rights too.  “What is at stake for me… white supremacy is harmful for our community… what are we fighting for as Hmong, as Asian Americans?” asks Kabzuag.  “Your liberation is tied to the fight,” she added.

This is a session that you don’t want to miss.  It gives us perspectives from which to view the many struggles ahead. 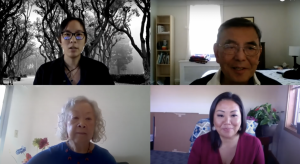