by Eddie Wong. On December 17, 1943, the U.S. Congress passed the Magnuson Act also known as the Repeal of the Chinese Exclusion Act of 1882.  President Franklin D. Roosevelt lobbied hard for the Act as it would redress “an historical disgrace.” So, it is quite fitting that 77 years later, we mark this day by taking action once more to safeguard the Angel Island Immigration Station, our immigrant ancestors “talk story” memorial of hardship and perseverance.  The Immigration Station was a direct by-product of the U.S.’ discriminatory policies towards Asian immigrants, not just Chinese, who were the largest immigrant group, but also Japanese, Filipinos and South Asians. 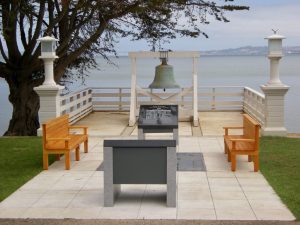 Memorial at the foot of the dock where immigrants entered the Administration Building at the Angel Island Immigration Station. Photo by Eddie Wong. 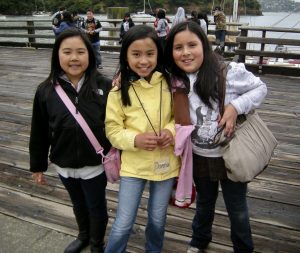 In its application to the CPUC the Blue and Gold Fleet cited operating losses over the past three years with declining visitorship to Angel Island.  Ferry service would still be available to Angel Island via the Tiburon ferry.  San Francisco Bay Area visitors would need to drive to Tiburon in Marin County to take the ferry. Going to Tiburon to catch a ferry adds at least one hour to the overall visit to enjoy hiking, biking, picnicking and visits to the Immigration Station. With the new Angel Island Immigrant Museum set to open once the health crisis of the pandemic has subsided, curtailing ferry service would be a deterrent to school groups and immigrant families as well as members of the general public who are interested in American history. 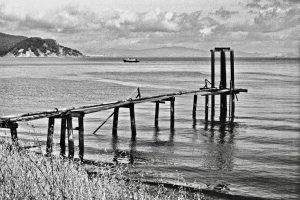 The Angel Island Immigration Station holds a special place in my heart.  I visited the abandoned detention barracks in 1972 while doing research for a documentary film about Chinese American settlement in the Sacramento River Delta. When I told my father that I visited the barracks and showed him pictures of the poetry carved in the walls, he told me quietly, “I was there.” He had never told me about the circumstances of his immigration because he was a “paper son.” He proceeded to share the story of being held there for one month awaiting deportation after someone ratted him out in San Francisco. He was 17 years old and had come to San Francisco by himself to support his family in Taishan. He returned two years later with a new identity and once admitted left immediately for Chicago. You can read the his story at AIISF’s Immigrant Voices: Eat More Potatoes and Go Back to China: The Story of Moon Tung Wong 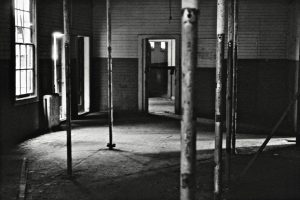 One of our family’s proudest moments was when my brother and sisters installed a plaque on the Wall of Remembrance to honor my father and mother, who immigrated to the U.S. in 1949.

Please submit your comments to the CPUC by clicking on the following link and hitting the “add public comments” at  CPUC Blue and Gold Fleet re: Angel Island 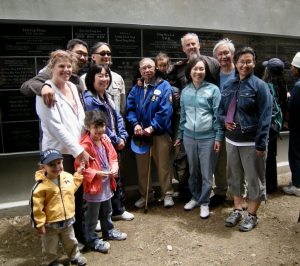 The CPUC has not set a date for the public hearing.  Please submit your comments ASAP and let your friends know about the need to lobby the CPUC to keep the ferry service to Angel Island. We can’t afford to lose direct access to Angel Island from San Francisco.

Author’s bio:  Eddie Wong is the editor/publisher of East Wind ezine. He was one of the student founders of the UCLA Asian American Studies Center and was a co-founder of Visual Communications, the nation’s first non-profit media production company.  He was the Executive Director of the Angel Island Immigration Station Foundation from 2008 to 2012. 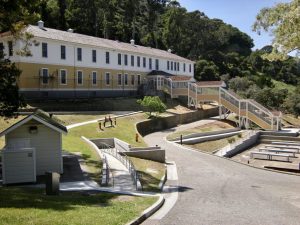 The restored Detention Barracks with the benches on the right to mark the former Mess Hall. Photo by Eddie Wong.